As an avid tinkerer, I've always wanted to build my own Theremin. Not some cheap de-tuned AM radio, not one that sounds like a speak-&-spell cross-bred with R2D2, but an "instrument grade" unit, wholly analog device.

I learned about Theremins back in '94 when I caught the docu, "An Electronic Odyssey" and I've wanted to build one ever since.

Anyone out there have any experience or interest? Would love to have a "build buddy" who I could compare notes with.
https://www.youtube.com/watch?v=fAOpVAHwLic

ALERT: Fox's Peter Doocy says on Thursday the White House plans to announce some of the strictest Covid restrictions on Americans yet.

Forwarded from Adam Carter
The Biden and Woke Left’s agenda is predicated on one thing right now. Inciting a violent incident to justify a Domestic Patriot Act and crackdown on civil liberties. They are shocked they weren’t able to incite a real mass casualty event on Jan 6th.

Don’t let them win … it’s the only way they can right now. They’re desperate. The change was made to remove duplicate counts similar to duplicate votes in the election. This is no small number and the total is 1.2 million doses of the so called vaccine.

Has anyone fought a healthy student suspension (I.e. quarantine)? Any resources available? I believe it is illegal to deprive a healthy student of a free and equal education because of the health status of another student.

paul town @paultown@poa.st
It's equal parts enjoyable and disconcerting hanging out with functional blue collar people who are totally disconnected from the internet. These are people who are mentally healthy and exist in a reality that is logical and makes sense. They do their work then in their free time they hang out with friends and family and drink beer and watch TV/play video games and talk. To them, life is very straightforward and logical. Work well, get paid, then live a normal life around normal people.

It's nice to be around these people, because when you're around them you can be normal and joke around without the weird matrix of bizarre abnormal norms or neurosis that is prevalent elsewhere. It's also disconcerting, because you realize how life is when it's healthy, and then you realize pretty much everybody "educated" or "in touch" with society is basically a mental patient and completely insane, and how these normal people are living in a sort of daydream that is functional now, but exists only in the shadow of the people who have influence and will set economic and societal rules that will eventually determine the future of the shadow.

The mentally healthy people and gainfully employed people who make up the remains of normalcy are busy living their life, aware that things are getting "bizarre" elsewhere but not really the extent to which things are getting BIZARRE bizarre. These people are too busy with real world things, living a life that is fulfilling and productive, to really get -- or even desire to get -- influence and power over anything that will determine their future in a long term manner. They have their days filled with real work and real interpersonal relationships and are real people with real responsibilities.

The present isn't determined by these normal people -- these normal people are a result of a past that doesn't really exist -- the future will be determined by those least suited to determine it, people completely unlike normal, functional, fundamentally productive people. The future will be determined by the unhealthy people with unhappy lives and too much free time, the people who will ruin life and the small communities in which normal, productive, blue collar workers can exist contentedly.
1
Amiko boosted
Nov 29, 2021, 15:04

New Northeast Ohio Meetup this coming Saturday! If you can make it please RSVP. We made a reservation for a separate room so we will not have to shout at each other as the night goes on like we normally do. Lol. The reservation will be under No Agenda.

Oh and @surrealestate wrote the description for this event. I had nothing to do with it. 😂

Weird, it's symptoms are the vaccines side effects? Who could have seen that coming!

Below is a shockingly long list of athletes who collapsed last month from heart problems or circulatory disorders such as strokes. Unfortunately, some of these incidents were fatal for the often very young athletes. The numbers are alarming, especially in view of mandatory Covid shots."

There is a New Dangerous Virus Variant... The narrative will be full Steam ahead over next week. All Networks and Fake news MSM and internet sites saying most dangerous one yet.

No end in sight

Lockdowns and Boosters for another year...

More from the Fifth Circuit - I'm reading it for youse:

~[The] Mandate imposes a financial burden upon them by deputizing their participation in OSHA’s regulatory scheme, exposes them to severe financial risk if they refuse or fail to comply, and threatens to decimate their workforces (and business prospects) by forcing unwilling employees to take their shots, take their tests, or hit the road."

THAT is how you do it.

Happy Thanksgiving to everyone out there in the Fediverse. I don't know what I'd do without you all...yep even that guy who's not cool, but that's OK because we're all here together away from the surveillance panopticon, free to speak our truths plainly and without reproach,

Thankful for a place like this to have access to the good, the bad, and everything in between...for all of this, and for all of you, I am thankful. Be well, today and everyday.🦃 🍽️ 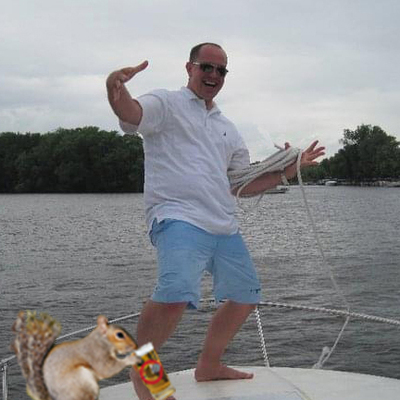 Despite not being as divulged because the general media despises us, here's a reminder that you're all kings, you're all necessary to keep this fucking world going around and you deserve way more appreciation than what you get,
1
Show older